Banque Internationale à Luxembourg opened a representative office in Beijing on September 17th, becoming the first Luxembourg bank ever to do so.

Finance minister Pierre Gramegna, who led a Luxembourg for Finance delegation visit to China, said in a press statement that the opening “will further help to cement Luxembourg’s bridging role” for China-Europe cross-border investment, adding that he believed the bank “will be able to bring Chinese firms and investment to Europe and support European businesses and investors in China”.

Zhu Linan, who is president of BIL shareholder Legend Holdings, said the two economies “have strong complementarity to each other, especially when the current macroeconomic and political environment allows […] further cooperation and win-win opportunities for both sides”.

The Luxembourg for Finance visit, which took place on 16-20 September in Beijing Shanghai and Shenzhen, focused on building the financial Silk Road between EU and China. 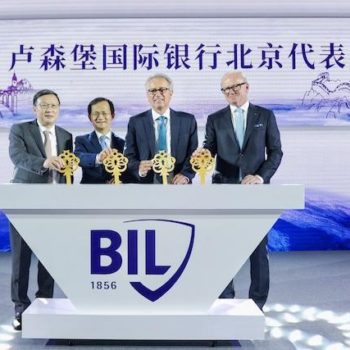