Calculating cyber risk: A Luxembourg start-up at the forefront

During his over 20 years as an investor, Cyberhedge founder and CEO Ryan Dodd frequently experienced that companies were not able to report clearly on how they managed and protected data and software code. Nor could they express how their technology management influenced the company value. As a response, he set up Cyberhedge – the only company in the world able to instantly and accurately assess the impact cyber risk on a company’s equity value.

“When I first had the idea in 2015, no one was really talking about this, but now it is a big topic,” says Mr Dodd. He draws a parallel with environmental and social governance, which has gone from being a buzzword and niche investment topic to a mainstream issue and investment theme in global markets.

Cyberhedge combines standard economic modelling with machine learning and artificial intelligence to calculate cyber risk in financial terms. The instant calculations are done through a software as a service (SAAS) dashboard used by corporates and the investment community. “We have certainly succeeded in proving that this is possible,” Mr Dodd confirms. “Now we are in the next stage, which is raising the awareness of corporates and getting them to adopt our method as a standard for measuring cyber risk and a necessary tool for managing it.”

In the near future, there will be more requirements for companies to publicly disclose their cyber risk.

In order to achieve this, the company is working with global ratings agencies to license its technology to rollout the risk management product. “In the near future, there will be more requirements for companies to publicly disclose their cyber risk,” Mr Dodd predicts. 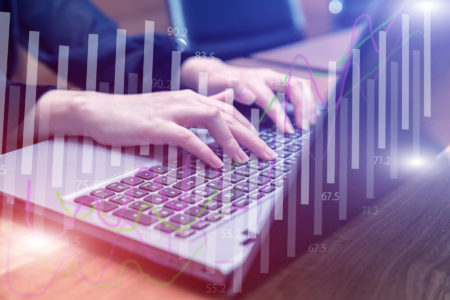 The choice of locating the company in Luxembourg was quite logical. “Europe is definitely the global leader in the field of environmental and cyber issues and their influence on the economy of the future. Luxembourg is at the heart of the European financial system and regulation, and for us, it is crucial to be where the conversation is really taking place.”

The Luxembourg Stock Exchange, which Mr Dodd calls fairly unique in its willingness to try new things, was also interesting for the start-up. Its Green Exchange, for example, is the world’s first and leading platform exclusively dedicated to sustainable securities. One of Cyberhedge’s plans for the future is to create financial instruments that help corporations hedge or transfer risk – hence the company name – and the stock exchange could be an attractive partner for testing ideas such as a futures index for cyber risk.

The contact with Luxembourg initially came through Cyberhedge’s lead investor, VC firm Paladin Capital, which connected the start-up with the Luxembourg Future Fund. Cyberhedge now counts both the fund and the Luxembourg state-owned bank SNCI among its shareholders. Luxinnovation, the national innovation agency, helped the company apply for a research grant in order to develop experimental intellectual property involving artificial intelligence, a process that Mr Dodd claims was well worth the effort. “All our high-value activities and the development of intellectual property takes place at our R&D lab in Luxembourg, and the public support is a fantastic resource.”

For people thinking about opening an office here, I tell them the truth: if you are willing to commit, the government provides an enormous help.

He is impressed by the commitment of the Luxembourg Ministry of the Economy to cybersecurity. “For people thinking about opening an office or setting up a European HQ here, I tell them the truth: if you are willing to commit, the government provides an enormous help.”

A solution for the future

Cyberhedge currently has a staff of 12, a number that it expects to double in the next 9-12 months. The Luxembourg staff is hosted at the Luxembourg House of Financial Technology, where it has found a useful professional network. “Our clients are international, but our national network is very useful for recruiting leading data engineers and scientists,” Mr Dodd explains.

He did not find the company creation process in Luxembourg particularly complicated, but points out that he got very useful guidance from his contacts at the Luxembourg Future Fund who advised him on how to proceed. “I always tell people who want to open an office in Luxembourg, especially those from America, not to do so unless they are committed to having someone located here. We had people on the ground full time in Luxembourg, and that helped enormously.”

In spite of the COVID-19 pandemic, the CEO is confident about the future. “This period has emphasised companies’ reliance on digital technology and made them realise that when their staff are working from home, their corporate networks have to do things they have not been built for. At the same time, the number of cyber-attacks have increased rapidly. In the long term, this will create more awareness about cyber risk and the need to deal with it as a core risk to business operations. I’m convinced that our offering will be part of the solution.”