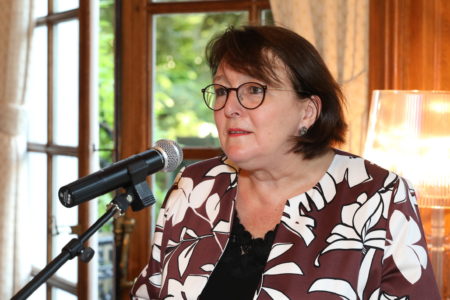 France and Luxembourg share 73 km of borders but are much more than just geographical neighbours. Mrs Martine Schommer, the Luxembourg ambassador in France, underlined this in her welcome address. “All the things that we have in common was the theme of the economic seminar organised in March in the presence of 350 decision makers during the historic state visit of Luxembourg leaders to France,” she recalled on Thursday night. “We are natural partners, but sometimes we do not know it. It is therefore up to me to remind the French to look more towards Luxembourg in order to establish direct relationships or to access an international gateway.”

The Vivatech fair was an ideal occasion to build such relationships and create bridges where there were none yet. The first exchanges between Luxinnovation and the incubator of the Télécom Paris Tech engineering school are an example.

An international card to play

“We made the right choice by coming here,” said Violaine Mathurin, Advisor International Affaire and the Luxembourg Chamber of Commerce. “This year, there are 20 national pavilions at Vivatech and there will certainly be more in the coming years. It is good to position ourselves so early in our progress as a ‘start-up nation’.”

Co-organised by the Chamber of Commerce, the Ministry of the Economy, Luxinnovation and the House of Start-ups, the Luxembourg pavilion at Vivatech served both as a meeting point for the many Luxembourg visitors to the fair (large enterprises, SMEs and start-ups) and as platform for presenting the country and, in particular, its start-up ecosystem.

Driven by the ambition to become a European “CES”, Vivatech welcomed 68,000 visitors, 6,000 start-ups and 1,400 investors in 2017. The 2018 figures should be even more impressive. “But it is not necessary to copy Las Vegas at all costs,” said Jean-Michel Ludwig, Director Start-up Support & SME Performance at Luxinnovation, to the Embassy’s guests. “We have enough assets in Europe to offer something different and just as grandiose.”

And in this European concert, Luxembourg has a card to play. “We have received an enormous amount of visits to our stands, from both companies and investors, including Asian ones, who knew little or nothing about Luxembourg. After a few minutes of explanation and presentation, we saw some eyes open wide with astonishment and interest.”

A house for start-ups

The next few steps will thus be devoted to the follow-up of all these contacts and to the continuous promotion of the Luxembourg start-up ecosystem.

From 1. June onwards, the ecosystem will be enriched with the House of Start-ups which will then be inaugurated.

Housing the Luxembourg House of Financial Technology, the Luxembourg City Incubator, the Hub@Luxembourg by Crédit Agricole and the accelerators of Nyuko and ICFA (International Climate Finance Accelerator), the House of Start-up also aims to connect all entrepreneurs with the economic environment.

“This is done through the Loic – Luxembourg Open Innovation Club – network and our Business Mentoring and Check-Point services that provide start-ups with legal, financial and communication-related support,” says Karin Schintgen, CEO of the House of Start-ups. “All of this makes the House of Start-ups innovative in substance and organisation.” 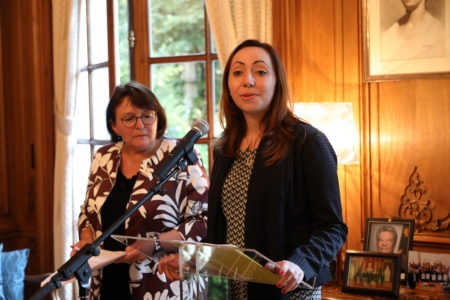 The Business-Club France-Luxembourg (BCFL) has also actively contributed to the organisation of this Thursday’s reception.

“The Business Club is a joint initiative of the Ministry of Foreign Affairs and the Chamber of Commerce,” said Laurence Sdika, Economic and Commercial Officer at the Luxembourg Embassy in Paris and General Secretary of the BCFL.

The BFCL ambitions to connect companies from both countries, promote exchanges, create business opportunities, help detect complementarities and, more broadly, serve as a privileged bridge between the French and Luxembourg business communities. “After three years of existence, we have 220 members on both sides of the border.”