Mr. Wang Guosheng, Secretary General of the Communist Party (of China) of Henan Province, paid a working visit to Luxembourg from 9 to 11 July 2018.

He was welcomed by the Prime Minister, Minister of State Xavier Bettel, for an interview at the Hôtel de Bourgogne. This interview notably addressed the cooperation between Luxembourg and Henan Province.

Wang Guosheng was also be received by the President of the Chamber of Deputies, Mars Di Bartolomeo, and had discussions with members of the Foreign Affairs Committee at the Chamber of Deputies. He was as well received by the Vice Prime Minister, Minister of the Economy, Etienne Schneider and by the Minister of Sustainable Development and Infrastructure, Francois Bausch. 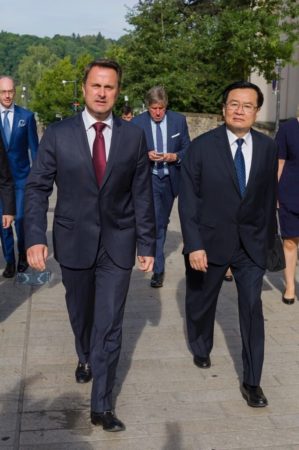